The Church and anti-Semitism 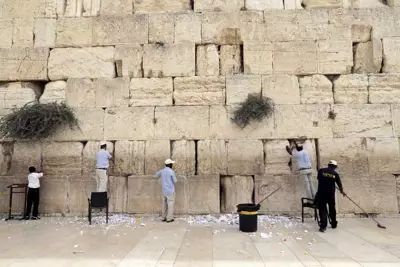 Over the centuries, Christians have been responsible for many crimes and evils committed against Jews, from malicious accusations to forced conversions to expulsions and massacres. While the Church has been culpable for some of the violence, instigated by friars, preachers, and church leaders, there is more to the story.

For example, during the First Crusade, a widespread outbreak of anti-Semitic massacres occurred when mobs in Germany attacked Jewish communities. They were motivated by a fanaticism and a need to finance their journey to the Holy Land. Although the Crusade had been called by the Pope, the attacks on the Jews were condemned by the entire Church hierarchy. Some bishops offered Jews refuge in surrounding cities, while others sheltered them in their own palaces, though not always successfully. Others bought off the marauding crusaders with silver.

After the First Crusade, Popes Gregory X and Benedict XIII declared that Jews were not enemies of Christians and that their lives and property were to be respected. In his preaching during the Second Crusade, Bernard of Clairvaux explicitly condemned the attacks on the Jews during the First Crusade.

Later, when the Black Death struck Europe, rumors began to circulate that the disease was caused by Jews poisoning the wells of Christians on orders from a Spanish rabbi. Once again, violence against ...