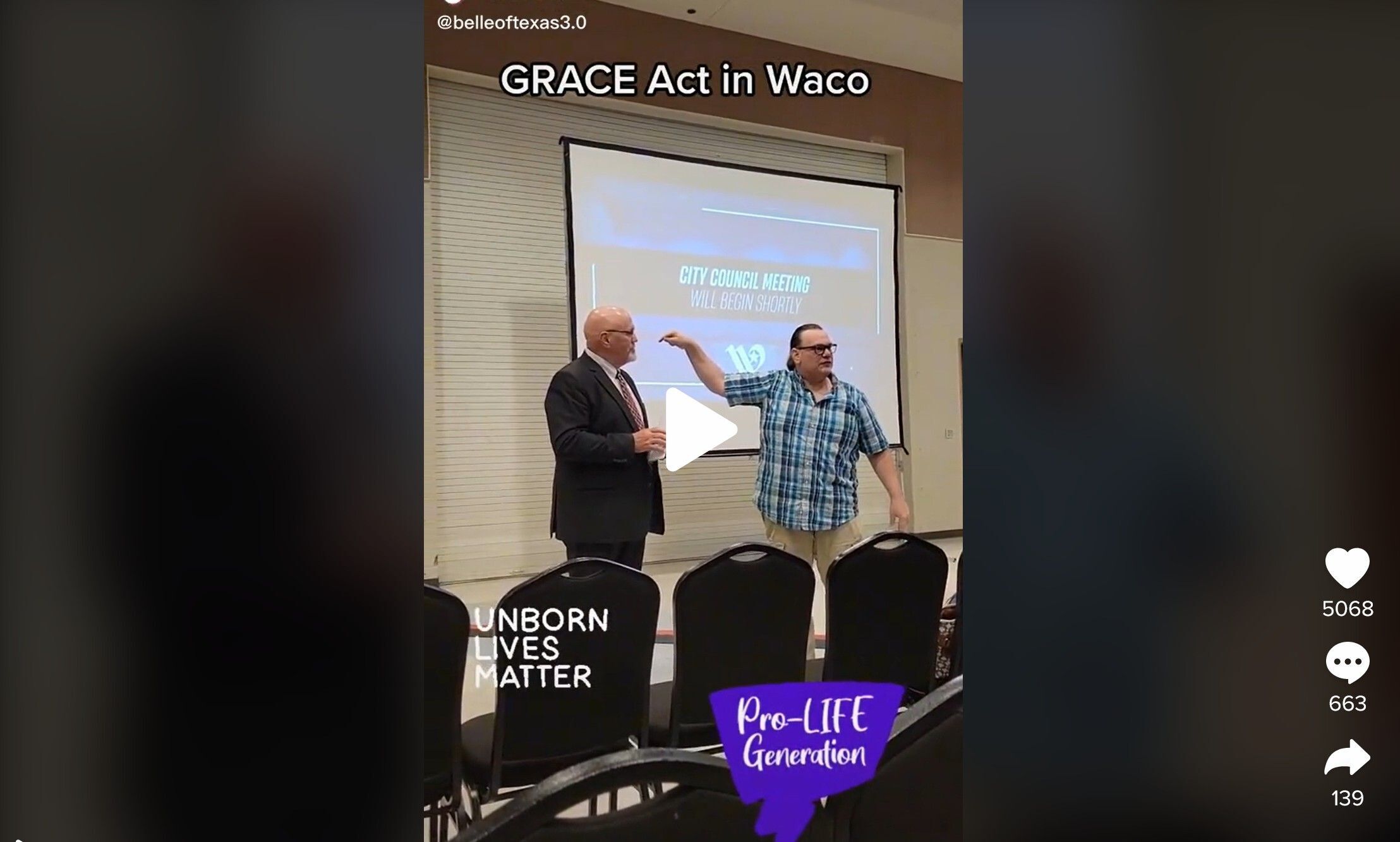 TXPC NOTE:  When pro-abortion Waco city councilwoman Kelly Palmer requested that the "Grace Act" be heard, which would attempt to circumvent state law restricting abortion, Pastor Ronnie Floyd of our Waco Area Pastor Council, other pastors and several hundred pro-life citizens went to city hall.  The rage of the pro-abortion/pro-LGBTQ activists was illustrated in the Tik Tok video below (WARNING: inappropriate language), but the powerful testimony of Pastor Ronnie's leadership and the lady from his church shown below is another example of why we take Christ to "city hall"!

This is the testimony of (a lady from Church of the Open Door's) experience with the angry pro-abortion man, at the Waco City Council Meeting …

"I went to the Waco City Council meeting to stand against the "grace act." So many people showed up that they put a couple hundred of us in an overflow room. My Pastor stood up in front of these people to speak and clarify some things and to encourage people to stay. While Pastor was speaking, a man who was pro-choice, stormed up to the front where Pastor (Holmes) was and began yelling and using profanity. He made such a scene that the police escorted him out of the room. About 5 to 10 minutes later the same guy is allowed back into the room and he sits down right next to me. As soon as I realized who it was I began speaking in tongues softly. He heard someone by me, say "my Pastor." Then, he whipped around toward me and said loudly, "Save the preaching for the church!" And then we made eye contact with one another. And a shift happened. I know it was Holy Spirit. I mean, it was as if his whole demeanor changed. He became calm and began speaking to me in a regular tone. He started sharing some of his background and why he believed what he did. He was raised in church, and is now "gay".

"Holy Spirit calmed that situation which allowed an opening for me to be able to speak some truths into him. I believe Holy Spirit planted seeds of God‘s love into him that will eventually grow. When I left that evening, the Lord put on my heart to pray for him. In Matthew 5:44 Jesus says "But I say to you, love your enemies, bless them that curse you, do good to them that hate you, and pray for them that despitefully use you and persecute you." This was a perfect opportunity to do just that!"

A video of part of this interchange: