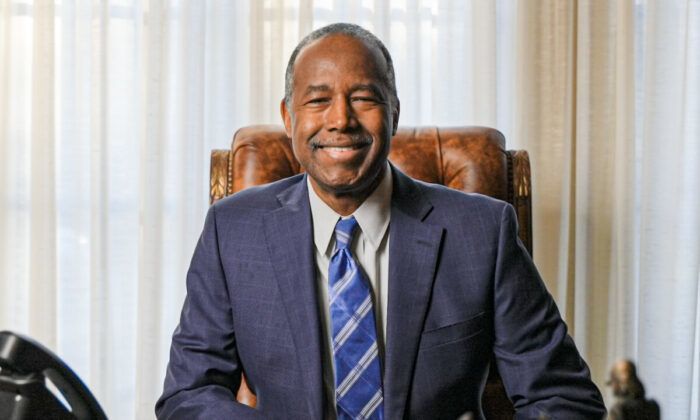 In the wake of a court decision to end federal mask mandates, Dr. Ben Carson, former U.S. secretary of the Housing and Urban Development and chief of pediatric neurosurgery at Johns Hopkins Hospital, said he is glad there are checks and balances in our system of government but in order to truly restore trust in public health agencies, the mainstream media needs to be held accountable for colluding with the executive branch.

“What we’ve done is we’ve gotten into a system where we have the media in cahoots with the executive branch, sort of overlooking all the other safeguards that we have in our system,” Carson told The Epoch Times. “And as a result of that, what we’ve done has completely destroyed the trust of the people in the CDC, the NIH, the government health system. It’s going to take a very long time to get that trust back.”

A Trump-appointed district judge struck down federal mask mandates in a ruling on Monday, saying that the CDC exceeded its authority with the mask mandate and inappropriately did not seek public comment before imposing the order.

In addition, Carson said the Biden administration’s decision to end the CDC health rule, Title 42—which limits the entry of illegal immigrants into the country during the pandemic—but at the same time having its health agency heads calling to ...