Promoting Freedom and Liberty at the 2021 Texas Youth Summit 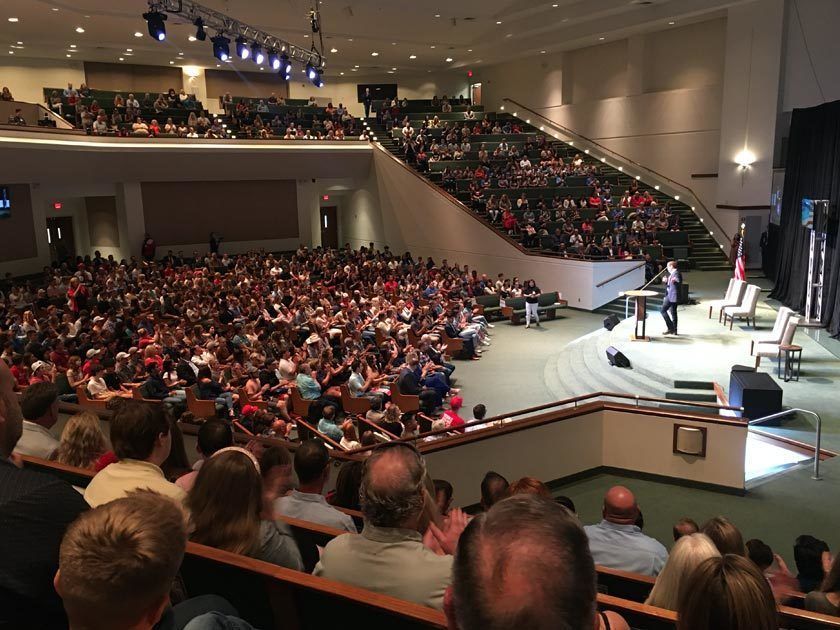 The 2021 Texas Youth Summit was hosted in Montgomery County at Mims Baptist Church and was a major success, boasting around 2000 in attendance and becoming the largest youth summit to date. With exceptional speakers from around the country, Texas Youth Summit included several US Congressmen, many local officials, well-known social media influencers, former presidential press secretary Kayleigh McEnany, US Senator Ted Cruz, Turning Point USA founder Charlie Kirk, US Representative from North Carolina Madison Cawthorn and Donald Trump Jr. as well other notable influencers and political leaders. The event is one of the largest and most influential events of its kind in the country, and is focused on helping young adults understand the importance of getting involved in politics, running for local and state office, as well as recognizing the importance and uniqueness of the United States and the importance of guarding the liberties that we hold so dear.

On Oct. 27, 1964 as President Reagan was addressing the Republican National Convention, he made the following statement - “Freedom is never more than one generation away from extinction. We didn't pass it to our children in the bloodstream. It must be fought for, protected, and handed on for them to do the same, or one day we will spend our sunset years telling our children and our children's children what it was once like in the United States where men were free.” It was a passion of Texas Youth Summit founder and Executive Director, Christian Collins to help give direction to young men and women regarding ...