Religious Freedom Under Fire – Religious Colleges and Universities Next for Suppression 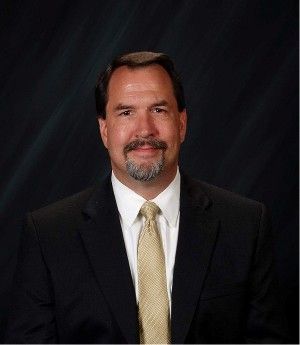 There will continue to be ominous and evil fruits of the terrible U.S. Supreme Court decision in Bostock v. Clayton County in which Chief Justice John Roberts and the court majority arbitrarily acted as linguists and legislators to redefine “sex” to include “sexual orientation”.  One of them is the fuel it provided to the godless, Marxist assault on God’s created order through empowering the radical LGBTQ+ agents firmly embedded in the federal Departments of Justice and Education.  Even then, even many conservatives thought that religious liberty protection would remain for churches, private religious schools, colleges and universities.

The fuel of Bostock has now been ignited by President Joe Biden through Executive Orders that are driving organizations like the consortium of the American Psychological Association and allies who have signed a document titled “Professional Psychology Groups urge the U.S. Department of Education to Protect LGBTQ+ Students at Religious Colleges and Universities”

This letter includes an assertion that, “LGBTQ+ students and employees at non-affirming faith-based colleges and universities (NFBCUs) are discriminated against in admission, retention, and employment due to a combination of restrictive policies, stigma, absence of formal social support groups, and lack of legal protections.”

This is another step in the objective that would be realized through H.R. 5, the “Equality Act” that places “sexual orientation”, “gender identity” and “gender expression” alongside race, religion, etc. as protected classes in federal Civil Rights law.  Very simply, once achieved (H.R. 5 passed the Democrat-led U.S. House of Representatives and is currently being stalled by Republicans in the U.S. Senate), it is clear that religious freedom would take second place.

Words, both written and oral, as well as actions and policies affirming traditional sex/gender roles, marriage, sexual behavior and traditional family would be acts of discrimination in violation of federal law equal to racial discrimination.  In that scenario, religious freedom loses.

Christian colleges and universities that have not already folded to this agenda will face an escalation of legal threats as Biden’s Justice Department and Department of Education crack down – and anyone who does not think they are intending to do so aggressively is either naïve or a fool.

What then shall we do?

Too many pastors have been silent on this issue for too long and the price of standing, speaking and acting in defense of God’s order, laws and principles based in scripture is not going to decrease. The cost of continued silence will be tyranny, oppression, fines and imprisonment in the near future for all who would stand then. In truth, those who won't stand for Christ when there is no real cost will never do so as the threat becomes reality.  It is time to stand. Now.

As we have done for eighteen years now, we are calling every pastor, church leader and parent in our churches to repent, pray, preach, teach and stand for the beauty and freedom of God’s created order, His design of sexuality, marriage and family and against the evil of the day.

The psychological professionals close their letter with a call of enforcement.  “In response, our groups call on ED (U.S. Department of Education) to investigate allegations of harm toward LGBTQ+ students at NFCBUs, and to take appropriate actions to protect LGBTQ+ students.”

As for U.S. Pastor Council and our pastors, we will stand.