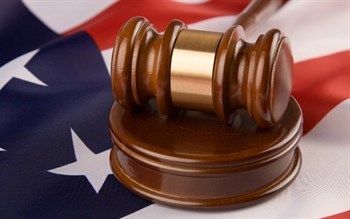 First Liberty Institute attorney Lea Patterson explains that Christians Engaged, a Christian non-profit organization that exists to educate and empower everyday Christians to vote in every election, to be civically engaged, and to pray for the nation and her elected officials, applied for tax-exempt status in 2019.

"Just last month, the IRS denied that application, arguing that it was political campaign intervention to 'educate believers on national issues that are central to their belief in the Bible as the inerrant Word of God,'" Patterson continues.

The IRS letter declares that Bible teachings are typically affiliated with the Republican Party and its candidates and concludes that the organization's work is "prohibited political campaign intervention."

"That's what we are appealing right now," says Patterson. "It was shocking, personally, because the last time I checked, the Bible did predate either party that we presently have. And when we looked into it, the argument in our appeal that we're pretty confident in is that the IRS's decision violates its own regulations for a couple of reasons, but it also violates constitutional protections for ..."