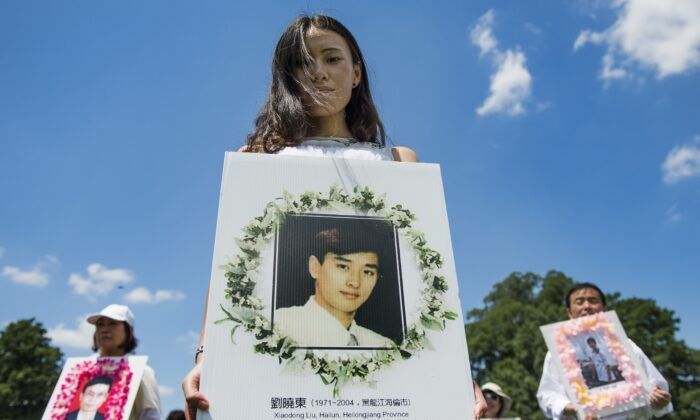 Priests and nuns were forced to kneel down in front of a large bonfire, watching helplessly as the flames devoured their sacred instruments and burned their skin.

In another Chinese city, students wearing red armbands hit Catholics with sharp wooden sticks, throwing one priest into a fire pit after he collapsed in pain. They beat one nun to death after she refused to stomp on a statue of the Virgin Mary.

One Catholic priest was buried alive in Beijing after declining to give up his faith.

Unsettling as they might be, these acts of brutality documented by Hong Kong-based missionary Sergio Ticozzi were hardly out of the norm for faithful Chinese during the frenzy of the decade-long Cultural Revolution from 1966, when all forms of religious practices were declared “superstitious” and banned.

Nor was such repression unique to that particular period during the regime’s more than 70 years of ruling China.

Belief in a higher power is anathema to the atheist Chinese Communist Party (CCP) that for 100 years has sought to command absolute loyalty and control over its members and the Chinese people.

“They just cannot handle an allegiance other than to the state,” Sam Brownback, former U.S. ambassador-at-large for international religious freedom, told The Epoch Times.

As a result, successive Party leaders have launched campaign after campaign to crush and control people of faith in China.

Mao Zedong, the first CCP leader, who oversaw one of the most thorough campaigns to dismantle Chinese religious life, compared religion to “poison” in a conversation with Tibet’s exiled leader, the Dalai Lama. In his autobiography, the Dalai Lama recalls Mao telling him in 1954 that religion “undermines the race” and “retards the progress of the country.”

Former Chinese leader Jiang Zemin in 1993 declared religious freedom to be “unsuitable for Party members” and told Party members to “patiently educate” those with faith to help them “get rid of religious shackles.”

Buddhism, Taoism, Islam, Catholicism, and Christianity—the five religions the regime has officially sanctioned—remain under rigid state control, with Party officials setting the terms on how they operate.

Chinese officials for religious affairs have stressed the need to “guide religion with socialist values” and for devotees to possess ...