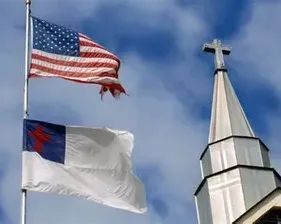 In recent years there has been much attention in the media to the danger of Christian Nationalism. Some of it is due to the prominent influence of Christian leaders in American politics, with careless language and actions that deserve criticism. But much of it is due to deliberate strategy by pagan globalists to intimidate believers to stay quiet and inactive in public policy. (A recent document on Christian Nationalism is attached for paid subscribers. It was signed by over 400 leaders.)

The name of my substack blog (and my Twitter) is TransformNation. The whole idea is based on the mission given to Christians by Jesus at the end of the Gospels. In Matthew 28:18-20 (NKJV) Jesus said to “…go and make disciples of all the nations…” This meant that Israel alone was not their mission. And that salvation alone was not enough. It meant saving souls in the nations, of course, but then bringing the nations themselves into alignment with the discipline or beliefs and practices that God had established. The great Bible commentator Matthew Henry said of this verse 400 years ago that it meant to “make the nations Christian nations.”

This comprehensive idea of discipling nations has always been normative in Christian thought until the last century or so, when many church leaders began to narrow their focus. The term “nationalism” only began about 200 years ago. It was used originally in a positive way but gradually became ...