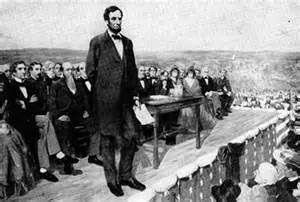 During the Civil War, on March 30, 1863, President Abraham Lincoln proclaimed a National Day of Humiliation, Fasting and Prayer.

"Whereas, the Senate of the United States devoutly recognizing the Supreme Authority and just Government of Almighty God in all the affairs of men and of nations,

has, by a resolution, requested the President to designate and set apart a day for national prayer and humiliation; and

... Whereas, it is the duty of nations as well as of men to own their dependence upon the overruling power of God, to confess their sins and transgressions in humble sorrow

yet with assured hope that genuine repentance will lead to mercy and pardon, and to recognize the sublime truth, announced in the Holy Scriptures and proven by all history: that those nations only are blessed whose God is the Lord;

... And, insomuch as we know that, by His divine law, nations like individuals are subjected to punishments and chastisement in this world,

may we not justly fear that the awful calamity of civil war, which now desolates the land may be but a punishment inflicted upon us for our presumptuous sins to the needful end of our national reformation as a whole people?