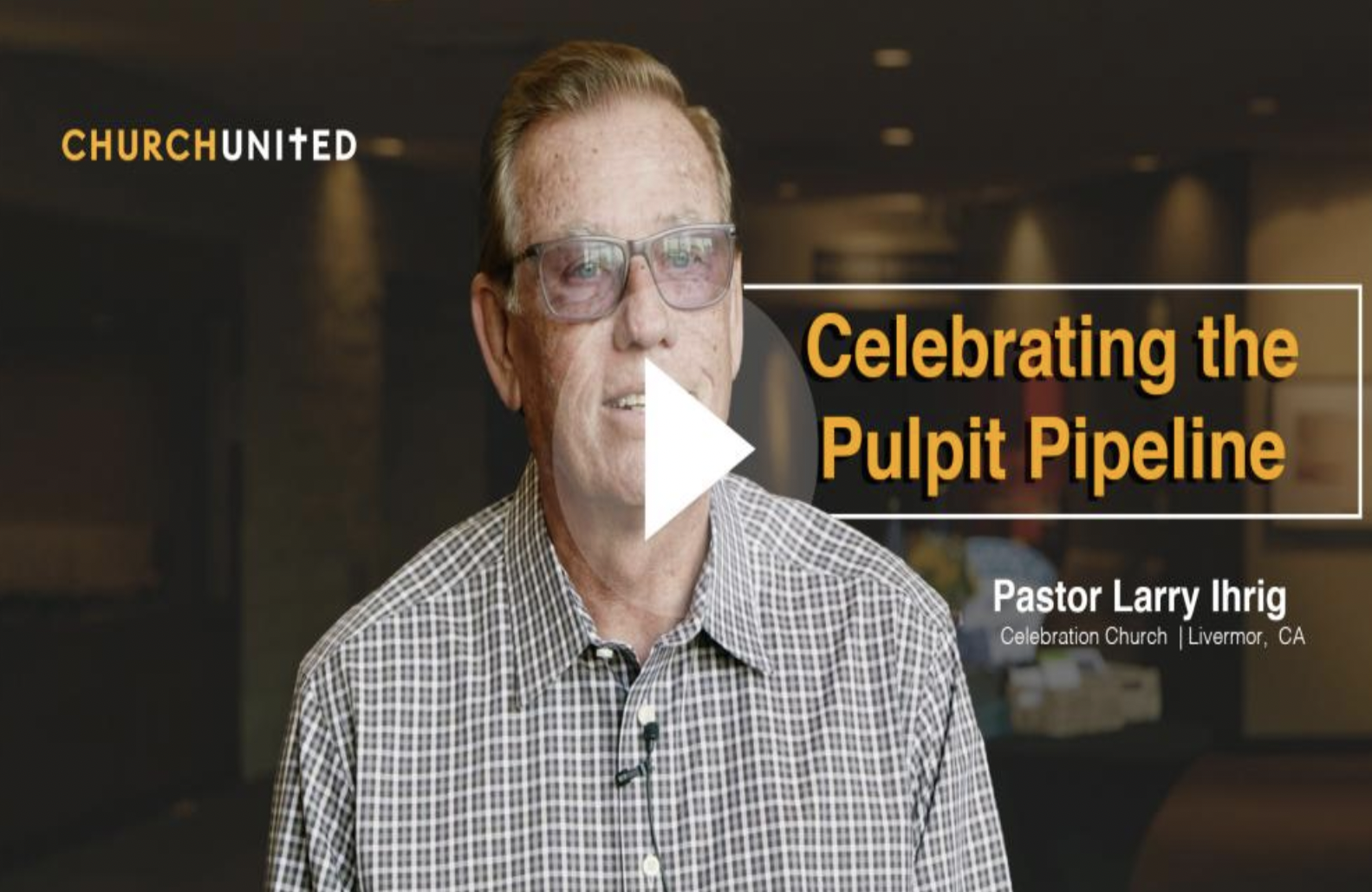 For more than three decades as a lead pastor, Larry Ihrig is used to taking a stand each week as he delivers God’s Word from the pulpit. Now, as a Church United pastor, he’s getting used to taking those stands away from the confines of the sanctuary.

"When you say something from the pulpit, you had better be correct because people might challenge it," said Pastor Larry, lead shepherd at Celebration Church in Livermore, California. "When I stand up and make a statement concerning what is taking place in our state, or in the nation, I know it is true. I know it is accurate. The people have come to realize that Celebration will not take a stand on an issue without doing it knowledgeably, and Church United has really been the means by which we are able to do that."

Since becoming acquainted with Church United in 2017 while visiting Washington D.C. as part of CU’s Awakening Tour, Pastor Larry has become more confident in his call to be a cultural influencer as a way to share and defend the gospel.

Never was that more evident than during last year’s COVID-19 church closures.

"Our intention wasn't to do anything but be obedient to what we felt God's Word had said," Pastor Larry noted.

The Scriptures, he said, are clear that believers must gather together in worship and service to others. Forcing churches to close while allowing other "essential" businesses (including marijuana dispensaries) to remain open was a spiritual violation Pastor Larry could not ignore. The spiritual leader was also concerned about the moral implications of stripping small business owners of their livelihoods.

So, a year ago on May 2020, Pastor Larry attended the "Save our Town" rally in downtown Livermore, not far from the church. The rally was arranged as a grassroots protest against the blanket closure of local businesses.

"My commitment was whatever the church can do to support businesses we’re going to do that," he said.

At the rally one of the local organizers asked Pastor Larry to speak.

"I told them that the businesses needed to reopen," he said. "We couldn't let businesses suffer and Celebration Church was going to be one of the first businesses that would open."

The announcement drew cheers. Several weeks later, on May 31, the congregation joined hundreds across the state in defying the state-mandated closure by declaring their churches "essential" and reopening their churches to commemorate Pentecost Sunday. The reopening effort was organized by Church United and its ministry partner Advocates for Faith & Freedom.

"I had several come and tell me, ‘we're going to be there, we are going to support you and we're going to show up,’" the pastor said. "It was a great opportunity for the presentation of the gospel."

True to their word, numerous business owners attended the reopening service. Other guests included law enforcement officers who assured the pastoral team that the department had no intention of enforcing the closure order against churches.

"We were the only church in our area that opened on that date," he said.

Before reopening, Pastor Larry said he reached out to the mayor’s office and the chief of police.

"The chief called me back right away," he said.

But it was radio silence from the then-mayor.

"He's a man I've known," the pastor said. "He's come to the church. We've hosted a luncheon for all the pastors. He's been there before. He's been at our place for National Day of Prayer gatherings."

Although the church reopened in violation of the lockdown order, Celebration took deliberate measures to ensure the safety of those attending. The list was long. They removed pews and all printed materials. They eliminated children’s ministry and all other programming to focus exclusively on the worship service. Rows and rows of seats were carted into storage. Worshipers were required to wear masks, social distance, and told to stay home if sick. Surfaces were sanitized.

"We were cautious with everything," he said. "We just wanted the doors open."

In the year since, attendance has steadily grown from the 250 pre-COVID to as many as 600 on Easter Sunday. Although several members have contracted the coronavirus, contact tracing determined they were not infected at the church.

The pastors participating in the civil disobedience understood they faced serious ramifications—from fines and seizures to jail—but took courage from their faith in God and reliance on the Scriptures which admonish believers to follow local authorities unless doing so violates God’s laws. Together, they found strength from having a unified front.

"The truth is, I was never prepared—through Bible college or 40-plus years of vocational ministry—ever for the thought of going to jail, but with this I thought, sure why not? It had to go to court somewhere. The push of the government and the restriction of the government had to be tested in the courts. I wasn't at the front of that line with my hand raised, but certainly didn't cower that, if that was the case, I would gladly do whatever had to be done."

The resources provided through Church United, including updates from the White House, CDC and other government entities, helped the pastors to understand their religious rights and fostered a deep bond.

"(It) created a pipeline," he said. "We knew that other churches were supporting and standing with us. Being well-informed really removed the fear, removed the hesitation and emboldened the pastors who had the right information, so it was immeasurable. Navigating through this would have been difficult and a whole different dimension had it not been for the connection and the support of Church United."