One in Four U.S. Adults Believes the Church Should Lead in Solving Local Problems 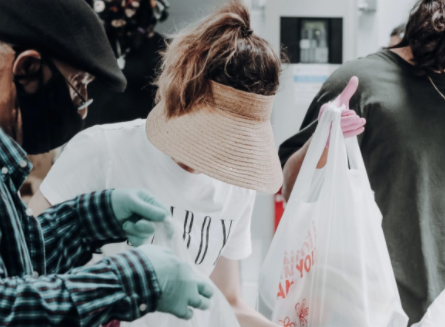 Should the Church be involved in helping solve issues at the local level?

In Better Together, the latest Barna report produced in partnership with Lutheran Hour Ministries, researchers studied the impact of lay-led initiatives in local communities and what happens when practicing Christians gather together to do good in their neighborhoods. Local initiatives to positively benefit others can be established and supported by a number of organizations, including churches, local government and non-profits, among others. With this in mind, Barna analysts wanted to determine who the general population believes is best suited to solve problems in their local community—and where the Christian Church fits into the broader picture.

While this data was collected prior to the COVID-19 pandemic, we find their insights to be relevant to pastors in the current moment. While gathering for the good of the community may look different in an age of social distancing, there is still much work to be done, and the Church can be instrumental in releasing people to make a difference in their neighborhoods.

One in Three Practicing Christians Looks to the Church for Community Solutions
Researchers asked respondents, “Who do you think is best suited to solve problems in your community?” and found that U.S. adults look first to the government (about one in three ranks this as their number one choice). About one in four says churches and Christian organizations should take the lead, followed by actual members of the community, then charities, businesses and other religious organizations.

Practicing Christians, unsurprisingly, favor the leadership of churches and Christian organizations (33%), though not much more than that of the government (31%). Meanwhile, very few non-Christians select the Church as their first option (7%), or even in their top three. They are more likely to identify the government (42%) or citizens (26%) as suitable local problem-solvers.

Among practicing Christians who report being participants in groups that impact their communities (respondents who, we can assume, have a level of individual initiative themselves), more than one-fifth (22% vs. 18% of all practicing Christians) thinks members of the community are best suited to help.

Half of Non-Christians Say Good Works Would Persist Without People of Faith or Religious Organizations
Though the government emerges as the perceived authority on addressing community problems, slight openness to the Church’s help may be due to the fact that, overall, the majority of U.S. adults is Christian and says people of faith and religious organizations are responsible for most good works in the country. About one-quarter of all respondents says good works would still happen without these faith groups. Non-Christians, however, are flipped on this point; just 27 percent attribute charitable works to people of faith, while half (48%) feel these efforts would continue without them. Again, practicing Christians (70%), including those participating in groups that might have community impact (72%), are more inclined to see religious organizations as crucial to good works in the nation.

In a Barna workshop about building hopeful neighborhoods—now included in the Better Together church kit—Rev. Dr. Tony Cook, vice president for Global Ministries at Lutheran Hour Ministries, shared three foundational pillars that direct the way LHM sees and makes use of these research findings.

“The first [guiding principle] was that ..."