Jim Bakker says ‘Trump is a test whether you’re even saved.’ My response 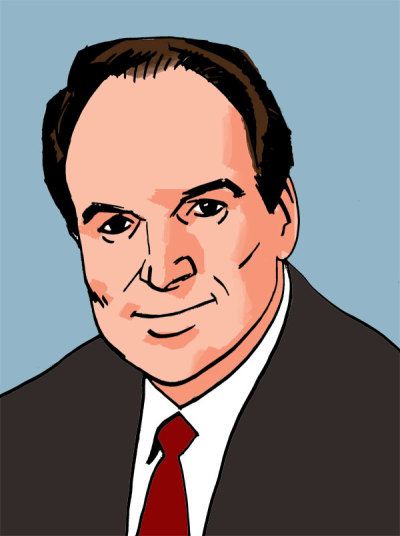 In 1976, after three years on the White House staff, I wrote a book, The White House Mystique (published by Fleming H. Revell) in which I tried to express the spiritual ethos and power of the presidency, and how it could be so beguiling — especially in the view of a junior staffer.

“Henley has wiped the stardust from his eyes and provided a refreshing and revealing glimpse of the inner workings of the Presidency during this convulsive yet fascinating period,” wrote Chuck Colson in his foreword for the book.

Most of the books written in the aftermath of Watergate were from senior staffers, and hence presented a top-down view. I sought to show the perspective from the bottom of the pile, where the gritty hacking and sawing that gave form to lofty ideas took place.

The single Amazon reviewer, a college professor, H.L. Ingle, lamented that “after it was published, (the book) simply disappeared down what George Orwell referred to in 1984 as the ‘memory hole.’” Graciously, Professor Ingle said, “this memoir is a must.”

Perhaps now, even more than in the Watergate era, if you will excuse my horn-tooting.

Actually, the book got washed down the “memory hole” in the hefty surf of volumes written by Nixon’s senior aides — including Colson’s own very important memoir, Born Again.

Even I had not in recent years given much thought to The White House Mystique until I read what Jim Bakker said about people who do or do not support Donald Trump. “Trump is a test whether you’re even saved,” said the TV preacher. “Only saved people can love Trump,” he continued. Bakker may have been trying to put the focus on the importance of forgiveness midst the fury of Trump-hatred. However, the unfortunate juxtaposition of support for Trump and true salvation became the focus of commentators.

Bakker was injudicious to say the least.

I confess that I believe literally in the prophetic word given by Daniel the prophet, recorded in Daniel 2:21. It is God, says Daniel, “who changes the times and the epochs; He removes kings and establishes kings…”

Here the prophet is describing “providential history,” the belief that God is guiding the course of history for the fulfillment of His ultimate goal — the global proclamation and manifestation of His Kingdom of “righteousness, peace, and joy in the Holy Spirit.” (Romans 14:17; see also Matthew 24:14)

That brings up the theology of the will of God and how it works in time and history.

Theologian Leslie Weatherhead, in his classic, The Will of God, explores biblical revelation of three types of God’s manifest will in the microcosm of individual human lives and the macrocosm of the world itself: God’s intentional will, His circumstantial will, and His ultimate will.

The intentional will of God means the Lord of history is bringing about what He means to happen in accord with His ultimate will — the coming of His Kingdom into the material, finite world. The circumstantial will is that which God permits to happen in our lives and institutions, including nations. Without this permissive will of God, we would have no freedom.

To understand this, think of the Nile River. Ultimately every current, every whirlpool, every rivulet will pour into the Mediterranean. Nothing can stop it. However, within that larger flow there are many counterflows and contrary currents. Sailors are free to choose to take their craft into one of them, but eventually everything winds up in the Great Sea.

This is the ultimate and inevitable encounter with God’s Kingdom in its full manifestation at the end of finite time. According to the Bible, this encounter will bring blessing or judgment, depending on choices we make while in the “current” of the present.

So, Trump is there either through the intentional or permissive will of God. So was Barack Obama. To say that God put Trump or whomever in the Oval Office might really be described as God “permitted” or God “intentionally” put the person in power.

We make a mistake when we rush to a conclusion about which of those was operative in a particular case. We must walk by faith in God’s providential guidance through the political jungles until we know fully just as we are fully known. (1 Corinthians 13:12)

And in the meantime, we must continually pray “for kings and all who are in authority (whether Nero, Donald Trump, Vladimir Putin, Nancy Pelosi, etc.) so that we may lead a tranquil and quiet life in all godliness and dignity.” (1 Timothy 2:1-2)

We see the principle of God’s permissive will with respect to national leadership in 1 Samuel 8. The elders of Old Testament Israel ask Samuel to “appoint a king for us like all the other nations.” Their request upsets Samuel, and he prays. God’s responds: “Listen to the voice of the people in regard all that they say to you, for they have not rejected you, but they have rejected Me from being king over them.” (1 Samuel 8:7)

The permissive — circumstantial — will of God means that God removes His guiding hand and allows us to go where we will and have what we want. Often the permissive will is an act of judgment on God’s part, as in Romans 1.

Bakker’s declaration that truly saved people will support Trump made me think that perhaps The White House Mystique was written more for our present period than for the immediate post-Watergate age.

It is perhaps the height of conceit to quote oneself, but please indulge me. Some five decades ago I wrote these words in The White House Mystique, in a discussion of “The White House Warp”: “Essentially, the Warp means that reality filters into the White House as through a prism. It is colored, distorted, bent as it flows from the day-to-day universe into a cosmos where the very vulnerable appears invulnerable and the mediocre superior. One seeking to deal with real-world problems doesn’t always have a fix on things as they are, but as they appear.”

Whether it is the near-deification of Donald Trump or Barack Obama or whoever sits in the eight-hundred square feet of mundane space that is the Oval Office, we must get the stardust out of our eyes.

Wallace Henley is a former pastor, White House, and congressional aide. He served eighteen years as a teaching pastor at Houston's Second Baptist Church. Wallace, the author of more than twenty books, now  does conferences on the church and culture, church growth and leadership. He is the founder of Belhaven University's Master of Ministry Leadership Degree.