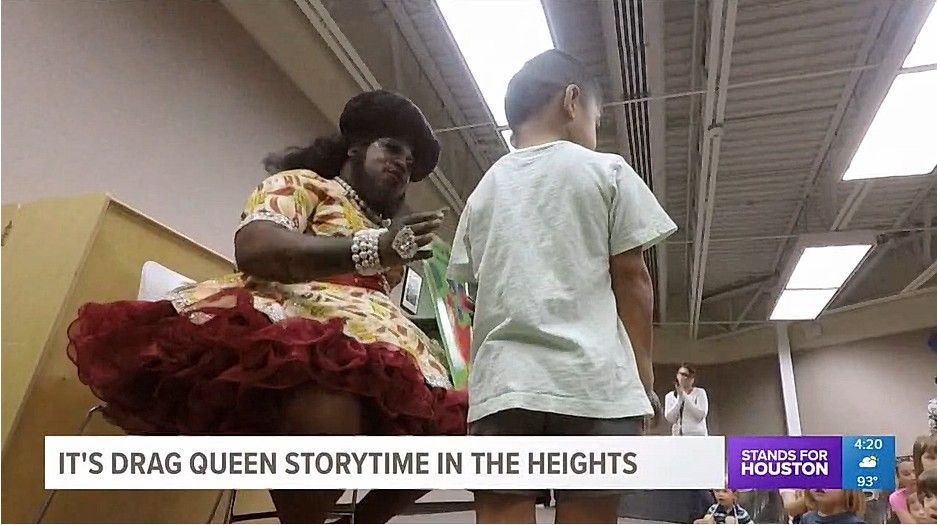 “Our meeting confirmed one clear fact: The Houston Public Libraries will be open to Drag Queens and more of ‘LGBTQIAP+’ sexual diversity ….as long as Sylvester Turner is Mayor of Houston.”

Following the Houston KHOU TV news story on July 15 detailing the “special visit” of Drag Queen “Blackberri” for the children’s reading hour at the Heights library for children ages 2 to 10, and the fact that this is apparently neither a new nor one time such appearance, HAPC reviewed the City Charter and submitted a letter to Mayor Sylvester Turner requesting that he “establish a policy requiring age appropriate standards and prohibiting individuals connected to sexually oriented businesses, or content reflecting adult sexual topics within the Houston Public Library children’s programs.”

A group of our HAPC Executive Council pastors (Pastor Garrett Booth, Pastor Hernan Castano, Pastor Willie Davis and Dave Welch) met on September 5 with Houston Mayor Turner to determine if there are any content standards for materials or programs in the Houston Public Library(HPL).  Shockingly, we found out that the answer is that there are NO STANDARDS.  In addition, we confirmed that this came about as part of a national program called “Drag Queen Reading Hour”, designed to promote:

For the sake of decent people, a definition is in order and this reflects the most common:

Merriam-Webster Dictionary (online) – : a usually gay man who dresses as a woman and                 performs as an entertainer especially to caricature stereotypically vampish* women.

* - Vamp/Vampish - : a woman who uses her charm or wiles to seduce and exploit men

A drag queen then is typically a male homosexual dressing as a woman being sexually seductive to demean traditional, feminine women as an “entertainer”.  Mayor Turner has no objections to putting this in front of two year olds.

In summary, in response to specific questions, the mayor explained the “approval and review process” for the HPL programs:

In short, there ARE NO ESTABLISHED GUIDELINES regarding age appropriateness, adult content, etc., because as the mayor said repeatedly, “We are a diverse city.” While he also repeatedly asserted that it was all private and foundation monies supporting the reading hour, he also could not deny our point that HPL is a taxpayer funded, city-chartered entity using public dollars for buildings, staff, overhead, etc.

It is important to note that Mayor Turner proudly has participated in the Houston LGBTQ annual Pride Parades and following the 2016 Orlando night club shootings, Mayor Turner established a “Mayor Turner’s LGBTQ Advisory Board” to “…provide recommendations on policies that will end discrimination and advance the social, economic and political issues that impact the city of Houston to improve the quality of life for the LGBTQIAP+ community.”

The bottom line is that the Mayor is deeply vested in the “LGBTQIAP+ community” which has as a central mission to destroy any God-designed distinctions between male and female as well as any sexual morality, so has no objections to introducing bearded men dressed up as gaudy women and leading two to ten year old children to “shake your butts”.

Our meeting confirmed one clear fact: The Houston Public Libraries will be open to Drag Queens and more of LGBTQIAP+ sexual diversity to indoctrinate children with ignorant and lost parents using our tax dollars, with the blessing of our city government, as long as Sylvester Turner is Mayor of Houston.

We must remember that in 2019 when he is up for re-election.