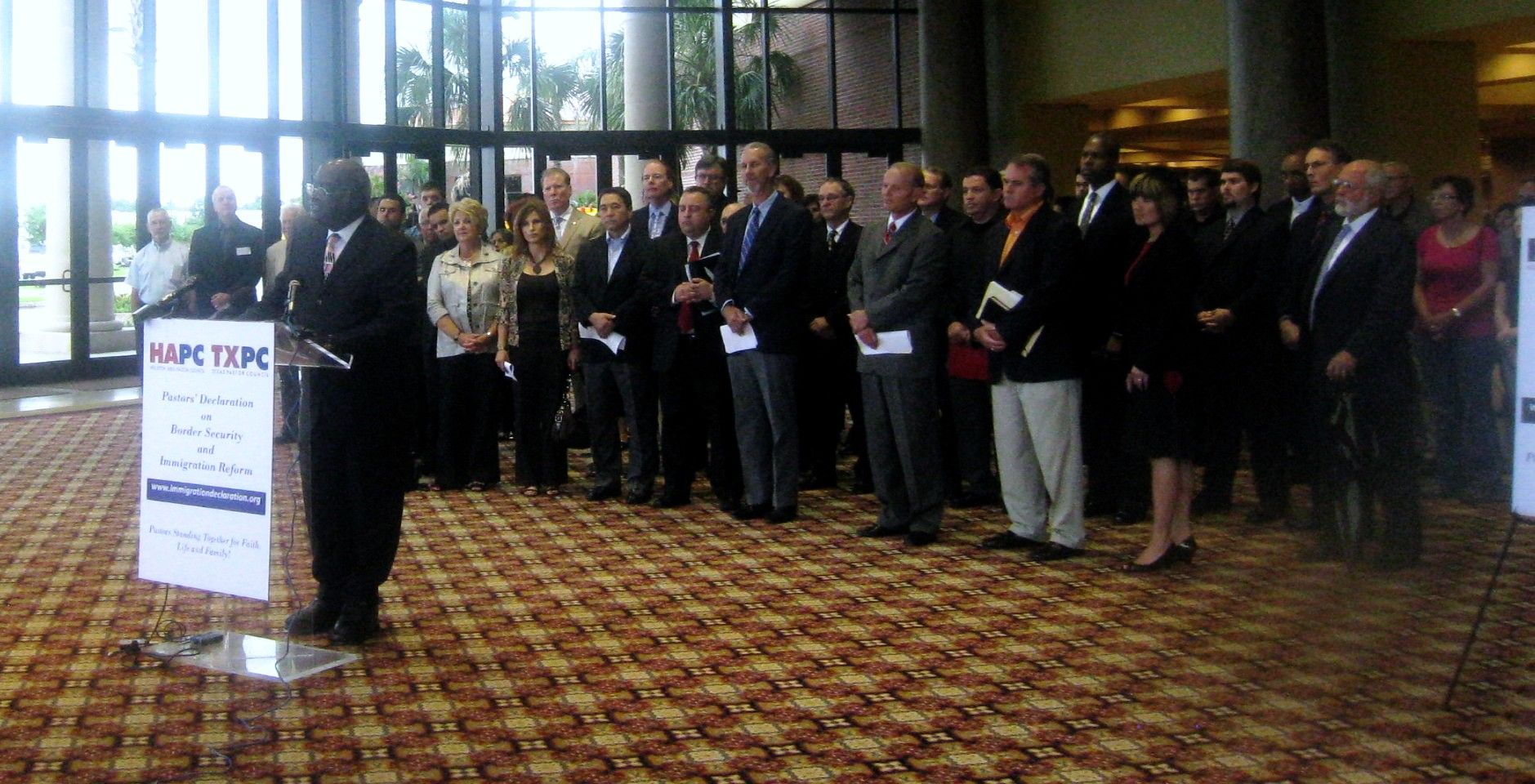 In the course of our history as a nation, challenges and crisis moments have arisen that required principled leadership and the laying aside of partisan politics. Such is the need before us in our day regarding the escalating illegal immigration crisis and the security of our national borders.

It is clear and evident that the tangible and present crisis regarding the state of our national border security and immigration system must be addressed rapidly, justly and humanely with equal regard to both rule of law and God given value of every individual. Holy Scriptures demand that justice and compassion be balanced with neither improperly dominant over the other in our hearts and our laws.

Therefore, we as pastoral leaders called by God to proclaim His truth and acting in the tradition of our nation’s history to lift our voice in the public square when there are those societal issues that demand just action by our governing representatives, do hereby present this statement of general principles and call on our elected state and national leaders to:

We call on every member of the Texas State Legislature and the United States Congress to publicly support and provide proactive leadership to see this present crisis resolved in a humane way that includes but is not limited to the following steps IN THIS ORDER of priority:

We the undersigned pastors declare our commitment to using our voice and influence in every way possible to support these principles. We will also publicly hold accountable those who choose to remain silent, who are divisive for purely political purposes, or who act in opposition to these principles.

"I am an active senior or staff pastor of a local church and wish to have my name and title (church names are for reference only and do not necessarily indicate a position by the church entity) listed in support of the Pastors' Declaration on Border Security and Immigration Reform."